Corinne Morris, the British/French Cellist releases her ‘re-launch’ album Macedonian Sessions to mark her comeback to performing after a debilitating shoulder injury halted her career for several years. Recorded with the Macedonian Radio Symphony Orchestra, it features music by Tchaikovsky, Bruch, Massenet, Saint-Saens and an original self-penned composition, Un’ Ultima Volta. The album is available via Amazon and all major retailers. 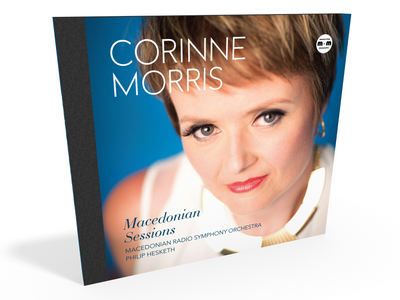 By submitting a comment here you grant Corinne Morris a perpetual license to reproduce your words and name/web site in attribution. Inappropriate or irrelevant comments will be removed at an admin's discretion. Your details will also be added to our Mailing list, you can request to be removed at anytime.