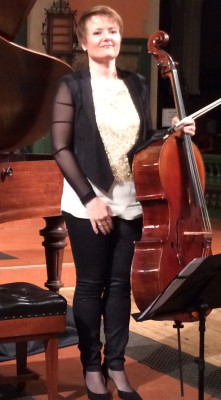 Corinne gave her first official concert since the release of her CD Macedonian Sessions and returning to the platform after a major shoulder injury halted her career for several years. Read what one audience member had to say:

The Beethoven was magisterial; the Bridge joyous & the Britten deeply powerful. Nearly a full range of emotional participation….. & the rapport between yourself & Kathron was complete along with the tenderness of the Casals. Sincere thanks for creating a perfect evening’s music!

By submitting a comment here you grant Corinne Morris a perpetual license to reproduce your words and name/web site in attribution. Inappropriate or irrelevant comments will be removed at an admin's discretion. Your details will also be added to our Mailing list, you can request to be removed at anytime.